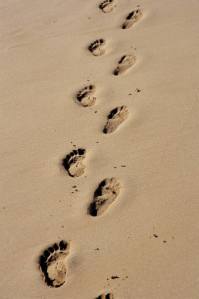 I never thought I’d be sitting here defending the Duggars, but here I am.

I realize this is old news, but I keep thinking about the photo that circulated of their miscarried baby. When I first heard about it, I rolled my eyes. That’s my standard response to any news I hear about them. But then I though about it more, and you know what? I get it.

People who’ve never dealt with infertility, loss of a child, or even loss of a dream of motherhood, don’t understand that you never know how you’re going to react to a situation until you’re standing there.

To those people I say, “Walk a mile in those shoes.” Because you don’t know how you’ll react until it happens to you.