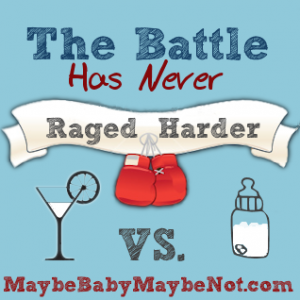 For those of us without kids, our pets are our children. For those of us who are also insane, our best friends’ animals are essentially our nieces and nephews. We sometimes send them Christmas cards from “Auntie Lizard”, or even draw paw prints as signatures for “Cousin Jacques & Cousin Olivia”. I’m not describing all this to frighten you (though I can only assume I have). I’m merely trying to set the stage for my level of emotional attachment to my best friend’s two cats. And my shock and sadness when she told me she’s getting rid of them because she’s afraid they might not be good around her not-yet-one-year-old daughter.

Before she had a child, her cats received an embarrassing amount of attention. Cuddling and smooching sessions that would have prompted passersby to suggest they get a room. She freely referred to them as her babies and we talked about what wrecks we’d be when our cats eventually passed away. She was the only person in my life who was also considering not having kids, and I assumed we’d grow into crazy old cat ladies together. So imagine my surprise when I went to visit her earlier this year to meet the (unexpected) baby and see the new house, only to find that the cats had been relegated to little more than a nuisance. If they hopped on her lap, they were swiftly brushed off. If they did something she formerly found quirky, it was now supremely annoying.

I knew things had changed, but I can’t say I wasn’t still completely blown away to find out in an email last week that she was getting rid of them. In addition to being afraid they would scratch the baby (though nothing of the sort had yet happened), her main reason was simply that they weren’t getting the attention they deserved. Which, silly me, seemed like a rather easily remedied problem. She was a stay-at-home-mom and spent far more time in proximity to the cats than most pet owners who left every day for work. Was there truly not enough love to go around? Not enough energy to extend an arm and give them a nice scratch under the chin? No room on the couch to let them curl up on your lap during a movie? A spare two minutes for a rousing game of Red Dot?

I know parents will tell me that I just don’t get it since I don’t have kids. And I guess…they’d be right.

Maybe Lady Liz is blogging her way through the decision of whether to create her own Cheerio-encrusted ankle-biters, or remain Childfree. You can follow her through the ups and downs at MaybeBabyMaybeNot.com.