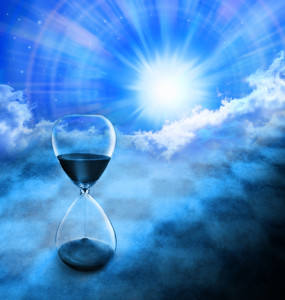 After my daughter, Victoria Helen, was stillborn at full term, I received a strange message from many people, all carrying a theme: I was incomplete.

I wrote a memoir about surviving the stillbirth. I never thought I’d write a memoir, but, of all the genres, it was the most perfect and necessary for me to process the violence that had rocked my life.

The book, Life Touches Life: A Mother’s Story of Stillbirth and Healing, gained readers and touched hearts throughout the United States and in the Middle East, Australia, Europe, China, Canada, and Mexico. Later, I wrote a sequel, Self and Soul: On Creating a Meaningful Life, about how my life, years after the loss, blossomed. What wonderful communions I enjoyed with my readers. 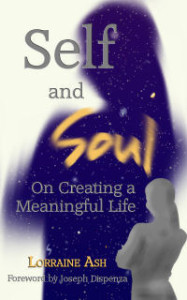 But none of that stopped the insistent message that my life was fundamentally flawed.

One book reviewer told me my story was not one of courage, but of cowardice, because I didn’t get pregnant again.

“You stopped after failing,” she said.

“I couldn’t get pregnant after that,” I’d replied. “We tried, but it didn’t happen.” She remained immovable in her opinion.

Indeed my husband and I had made a decision that was right for us: we opted against fertility treatments. We’d just gone through hell and barely come back—literally, in my case. The Group B Strep that took my daughter’s life almost claimed mine. For a couple of weeks, I was touch and go. When I was suspended in the uncertain hell between life and death, we became very respectful of the powers of Mother Nature. We decided not to try forcing her to do our bidding.

Once, a well-meaning friend offered this thought: “You had half an experience—a pregnancy up to giving birth. Go and complete it. Adopt somebody else’s newborn baby.”

The piece de resistance, though, was the advice of a famed author who saw the Life Touches Life manuscript in its early stages.

“Stop writing this,” she said. “It’s not an appropriate topic.”

“Why ever not?” I asked, genuinely perplexed.

She’s the narrative expert, I thought, but apparently there are stories she doesn’t understand. Something happened, all right. Trust me.

Embracing life as it is

So now two things are true of me: I do not have progeny, and I do not live out my days insisting upon, or lamenting, a destiny that did not, for whatever reason, materialize. I know my genes will not live on. Instead, I embrace a different kind of legacy. I approach eternity not by looking to some faraway future, beyond the imagination, but by embracing the moment called Now as it resonates through my whole being—body, mind, and spirit.

My life is about helping others reach those places inside themselves, too, and encouraging them to tell the full truth of their stories as they are—not as they could have been. My message is that today is the only day any of us can affect and that today, no matter the circumstances, is full and complete.

Tomorrow will be full and complete, too—but different. I can trace the change while still acknowledging the completeness. Becoming whole is a spiritual process. No matter what happens on the outside, it’s an inside job.

Do you live fully in the story of your life, as it has unfolded? Or are there still gifts in your experiences, however painful, that you have not yet opened?

Lorraine has generously offered a complimentary copy of her new book Self and Soul: On Creating a Meaningful Life. If you’d like to win a copy, simply leave a comment and type #gift at the end. I’ll do a random drawing on Monday, September 8th. 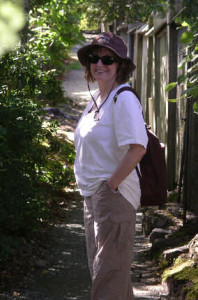 Lorraine Ash, M.A., is a New Jersey author, award-winning journalist, essayist, book editor, and writing teacher. Self and Soul: On Creating a Meaningful Life, her second book, is available in a variety of formats and online stores, all presented here. Reach Lorraine at www.LorraineAsh.com, www.facebook.com/LorraineAshAuthor , or @LorraineVAsh.