As told to Kathleen Guthrie Woods 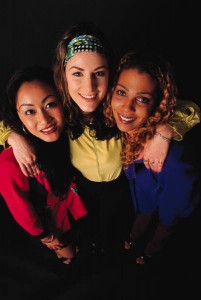 I am so grateful to Michele for sharing her story. The events that led to her being childfree are devastating, yet at 39, she has such a grounded perspective about everything that has happened to her. When I asked “How do you respond when people ask if you have children?”, she replied, “Honestly, with my shoulders down and head high.”

I invite you to make yourself a nice cup of tea and settle in to discover how she has made peace with her “choices,” and I hope you will find some peace and encouragement for your journey too.

LWB: Are you childfree by choice, chance, or circumstance?

Michele: Circumstance and choice. Six years ago I had two heart attacks in one week. The cause, a Spontaneous Coronary Arterial Dissection (SCAD), is rare and little understood. What is “known,” at least to the extent the medical community can say with some degree of empirical evidence, is that when they see this, it is often in women who are either postpartum or pregnant. The fact that I was neither made my situation that much more unusual. So without certainty, the best they could tell me was that I “shouldn’t” get pregnant, because the chance of another dissection happening was “astronomically high,” and likely “life-changing, life-ending.” Biologically, I can have children; the decision not to do so sadly had to be based on imperfect, incomplete information, but it was all I had to go on, so I did. In this sense, it was also a choice: the prospect of life versus the likelihood of death.

Michele: Reconciled. When they told me I shouldn’t get pregnant, I had been only recently released from the ICU, after having had my first heart attack. I was 33 years old, a runner, a person who ate well, never did drugs or smoked, had low blood pressure, low cholesterol, and, barring a kidney stone a few years ago and salmonella when I was seven, all in all I was in good health. No one can imagine being told that you “shouldn’t” get pregnant, especially in that moment, especially when you had recently bought a house with your husband of 10 years with the intention of doing just this. It was a second level of shock. I’m not usually one for denial or distraction, but in truth the adjustment to life after a heart attack trumped the sudden reality of no pregnancy. It helped assuage the grief. It’s taken time to allow the situation to sink in, and to make peace with my decision to have a life without children, but as I have found, there are many ways to “birth” things in life. I’m a writer in my heart and vocation; as Jane Austen put it, my characters are my children.

LWB: What was the turning point for you?

Michele: When, a year to the month of the first anniversary of my heart attacks, I found out I was—despite every effort to the contrary—pregnant. I was carrying the child I had always anticipated, fathered by someone I loved, with a doomed destiny: the doctors told me the likelihood of a fetus surviving was less than mine. I had looked death in the eyes twice in the last year, and now I had to face it again, and this time, not mine alone. I sought out the opinions of high-risk OB/GYNs—the best of the best—and had them team up with my cardiologists—also the best of the best—to assess the risk. When the verdict came in nothing had changed, and, in fact, was hammered home that much more. “We will, of course, go along with whatever you choose, but our joint recommendation remains the same: do this and you’ll likely die.” So I chose life, the only choice I could.

Michele: On coping with not having children? None. The best I’ve gotten is a bumbling mess of clichés, which, after six years, I’ve learned to smile at because they speak to a certain truth about the fraught relationship between reality and subjective discomfort.

LWB: What have you learned about yourself?

Michele: That procreation sustains our collective existence, but doesn’t necessarily define a life well-lived. Just as I was forced to choose life in one less-than-pleasant way, I also now have the opportunity—and freedom—to choose it in another.

LWB: What is the best advice you’d offer someone else like you?

Michele: Don’t fight what you can’t change. Seize the forces of what you do have.

Michele is trained as a therapist, ethicist, and mediator, with a focus on transitions and meaning systems, and works as a practitioner and freelance writer. She has written several books on emotional health and healing, all available on Amazon. She also has a new novel coming soon! Visit her website, www.micheledemarco.com, for information and updates.

Every time I read new responses to the Our Stories questionnaire, I overflow with admiration and respect for the woman who shared them. What an extraordinary community of women we have at Life Without Baby! I am in awe of your honesty, bravery, and compassion.

Did you notice I said “your”? That’s right, I include you in this group because I know your story matters too, and I hope you will accept my invitation to download the questions and share your perspective. It’s a quick and easy process, one that I believe will help you gain new insights into your own healing. Plus, I think there will be at least one woman out there who will read it and see herself in your story, who will take another step on her journey toward healing because she will finally know she is not alone.

I can’t wait to hear from you!

Kathleen Guthrie Woods is a Northern California–based freelance writer. She is mostly at peace with her childfree status.