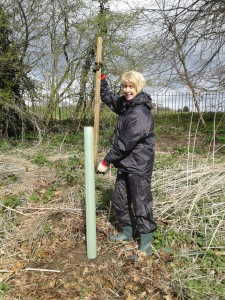 In Jewish culture, it’s an ancient tradition to plant a tree on the birth of a child: a cedar for a boy, a cypress for a girl. The child would then care for the tree; when she or he married, they would stand under a canopy made of its branches. There’s a Jewish text: ‘A person’s life is sustained by trees. Just as others planted for you, plant for the sake of your children.’ (Midrash Tanchuma Kedoshim 8)

I live in the UK, and in our country of Wales, over the last two years, hundreds of thousands of trees have been planted as part of a project to grow a sapling for every new baby born or adopted in the region.
But childless women like us have no upcoming generations. So my thoughts have returned recently to an inspirational woman in her late eighties. I already shared in a personal post here the wonderful gesture made by  Salumarada Thimmakka, who lives in rural India. Teased and despised in her village community as a young wife without children, despite her gruelling job in a quarry she began to plant saplings, treating them lovingly every day as her own ‘offspring’. Gradually they grew into a stately, shady avenue of 284 banyan trees, now worth millions of dollars.Meanwhile, the U.S. has a time-honoured tradition of mass tree planting, with a dedicated day, Arbor Day, for which the commonest date amongst the various states is the last Friday in April. People, young and old, take part. The day’s founder, J. Sterling Morton, declared 140 years ago, “Each generation takes the earth as trustees”, again linking this activity to the upcoming generations.

Why not, like her, plant trees for the children we never had? 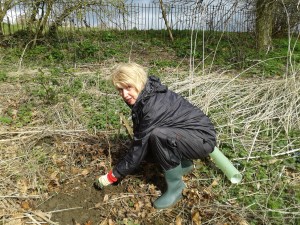 I discovered that the council in my pretty little Cotswold town in England was funding a new tree planting scheme along the banks of our renovated canal and fringing the ridges of my local park, overlooking a lake and weir: silver birches, rowans, oaks, maples. I saw a chance, and invited a childless friend and neighbour along.

That day, we found ourselves under a spring sun flitting behind black clouds and threatening rainbows over the hills and valleys while we helped to dig holes, scoop moist earth round young roots, funnel weather guards over the saplings’ baby heads and drive in stakes to support them. I found myself asking the name of each plant, in some weird sense bonding with it, and even – unashamedly – talking to it as if it was a child. Kneeling beside the bed of each root ball, teasing out those little water-seeking veins, taking a moment to think about what I’d lost but what I was now giving to something living, was surprisingly moving and reviving. 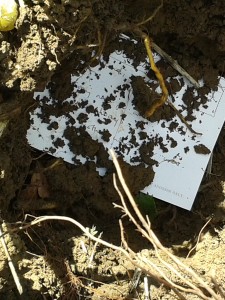 My neighbour finds it hard to talk about her loss of children, but somehow, too busy digging to feel self-conscious, backs turned on each other, we began telling our personal stories of childlessness to each other.

On an impulse, I took out some postcards I was carrying in my backpack. For each young, vital thing I planted, I wrote a message to a child I never had and posted it into the tree’s new resting place among the soil. It didn’t cure my pain, but it felt like part of an answer.

I discovered something simple: that gardening, nurturing something other than a child, is great therapy for childlessness.

Paula Coston writes on childlessness, the older woman and singledom at her blog, http://boywoman.wordpress.com. Her novel, On the Far Side, There’s a Boy, comes out in June. It’s about an Englishwoman from the 1980s to now and her gradual discovery, through a link with a little boy in Sri Lanka, that she will never have a partner or children.