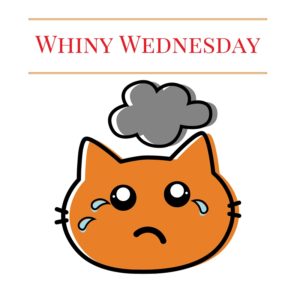 Even though we’re taking this week off, I couldn’t leave you without a last whine for 2016.

It has been a pretty wild year, hasn’t it? I am certainly hoping that 2017 shows some big improvements.

But, before we close out this year, here is your last opportunity to rant this year. It’s an open forum (within reason), so feel free to get things off your chest so we can start fresh next year.