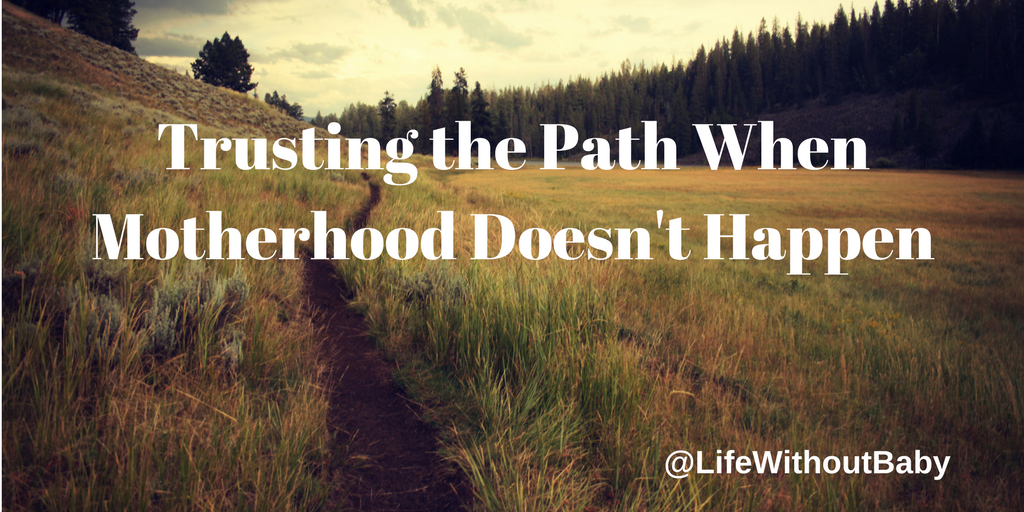 Do ever feel as if you’re in a constant battle with yourself? So often I make a decision and forge ahead on the path of my choice, only to catch myself looking longingly at another paths and wondering if I ought to have taken them instead. As soon as I make a decision I lose sight of all the things I’ll gain from choosing that path and can only see all that I’ll be losing from walking away from the other paths.

I certainly did that when I chose the “life without children” path.  I knew what I would gain by opting to stop treatments and I knew what I would gain by walking away from the adoption route we were on. I knew that my sanity and my marriage would benefit from that decision, and that I’d claim back the life that was passing me by. But I could also see clearly everything I would lose from walking away from the possibility of motherhood.

I know I made the right choice, and I’m glad I kept walking on my chosen path, but it doesn’t stop me looking back once in a while to see where I might have been.

Recently I had a conversation with a friend who was making some difficult life decisions. She talked about the idea of trusting that the path you’re on will take you where you’re supposed to be.

At first glance, this reeks of “everything happens for a reason,” a philosophy that makes me bristle. Personally, I do not believe that I was denied children so that I could take a bigger, more important path instead, or that I wasn’t granted motherhood because it was more than I could handle.  I have an untreatable medical condition; I cannot reproduce; end of story; $#it happens.

And yet I’m intrigued by the idea of trusting the path.

There is no doubt that not having children will take me on a very different path than motherhood; it already has. But what if I stopped fighting that? What if I stopped looking over my shoulder at all that I’ve lost and trusted that the path I’m on will take me where I’m supposed to go? Granted, I might not have much to blog about with my new peaceful self, but perhaps I could just enjoy the journey and see where it takes me.

What do you think about the idea of trusting the path?