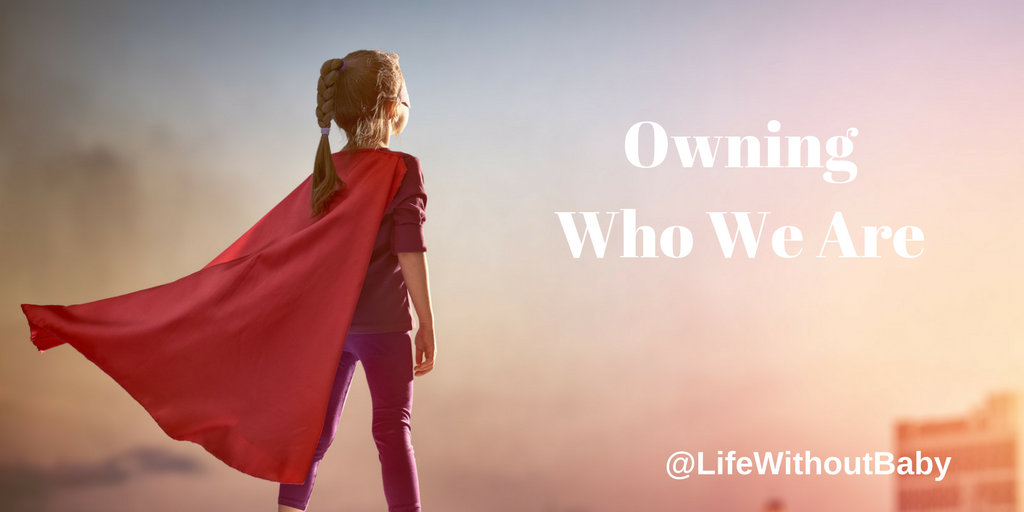 I like to tell this story about a conversation I once had with a group of people I had recently met. I remember one of the women was telling a story and tossed out that she was unable to have children.

Then she went right on with her story.

She didn’t pause for people to give her sympathetic looks, she didn’t elaborate on why she couldn’t have children, and she didn’t explain that she’d wanted to have them or tried to. She said it matter-of-factly, as if she’d been telling us she didn’t care for the taste of liver and onions.

Later that day, we were talking about confidence and she told me that it has taken her a long time (she’s in her 50s) to own who she is. “You just can’t entertain that voice that tells you that you’re less than or not good enough,” she said.

How many of us hear that voice and how many us pay attention to what it tells us?

What if we stopped apologizing for who we are? I think we could be very powerful.

Do you have a voice that tells you you’re less than? Do you listen to it? How do you shut it up and own who you are?