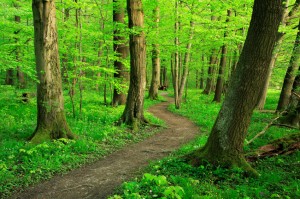 When I first began stumbling around the internet looking for other people like me, I came across loribeth and her wonderful blog, The Road Less Traveled, in which she wrote candidly about coming to terms with infertility and a life without children after the stillbirth of her daughter.

From loribeth I learned the power of writing honestly about the hard emotional aspects of this life, rather than writing around the edges, as I so often found myself doing. I realized that when I wrote on my blog, I wasn’t writing into an abyss—even though it felt that way sometimes—but for real people, dealing with so many of the same issues I was dealing with.

You’ve probably already met loribeth in the comments on this site. She’s been incredibly supportive of me and other readers. And recently, after almost six years, we’ve both stepped out from behind our blogs and had the opportunity to get to know one another in our “real lives.”

I’m honored to be loribeth’s first ever guest blogger today, writing on the topic of Embracing Possibility, something she’s been very familiar with lately as she embraces an exciting new chapter in her own life.

Please hop over to The Road Less Traveled and say hi to loribeth.

Loribeth, thank you for all your support.