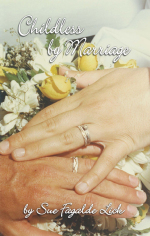 One of the unanticipated benefits of starting this blog has been finding a community of women—each with her own unique story—all struggling with the same issues and trying to find acceptance in the life they’ve been dealt. It helped me to feel as if I wasn’t stumbling through this alone.

Maybe you’re like me and have dealt with infertility and never been pregnant, or perhaps you’ve suffered miscarriages or lost a late-term pregnancy. Maybe you’ve dealt with other health issues that forced you into a decision not to pursue motherhood, or perhaps you’re dusting yourself off after the blow of a failed adoption. Perhaps you’re one of those women who watched her dreams of motherhood dashed as the search for the right mate kept turning up the wrong man. Maybe you faced divorce or the death of a spouse, or a partner who had a change of heart about parenthood.

Each of us has our own story about how we came to find ourselves watching the window of opportunity for motherhood slowly close—and yet we share so many common issues. What I discovered through the blog was that, when I wrote openly about the tangled emotions and “crazy” thoughts I was having, others kept whispering “Me too.”

One of the voices saying “Me too” was Sue Fagalde Lick. Sue runs the blog Childless by Marriage and is the author of the book by the same title. She writes honestly about what happens when your partner is unable or unwilling to have babies.

Today, I’m visiting Sue’s blog to talk about an issue that concerns all of us, no matter how we got here: Aging Without Children. You can read my post on Sue’s blog here.

This post was originally published on March 23rd, 2012. Sue Fagalde Lick’s book Childless by Marriage has just been published and is available on Amazon and on Sue’s website. Congratulations, Sue!

When my friend John started going out with Lizzy, a teacher at least 20 years younger than he was, I kept my qualms to myself. Who was I to judge? Had I not married a much older man myself?

A couple years later, I ran into John and Lizzy at the Toledo, Oregon summer festival. Weary from strolling up and down Main Street, I saw them in the crowd sitting on orange folding chairs by the stage outside Bank of the West and decided to join them in the shade of a big alder tree.

I didn’t notice Lizzy’s belly until they stood to move their chairs into the sun. Was it really rounded under her denim overalls or was I imagining it? No, she was definitely pregnant.

Battling hot flashes and glad to be out of the sun, I remained alone in the shade, gazing up at the yellow and green leaves. With each gentle breeze, waves of sadness washed over me. John had finished raising his family. He had retired. He enjoyed his life of writing, music and bicycle trips. I was certain he did not want to start raising children again, but I could see the whole picture: Lizzy was young, she wanted a family, he loved her, and he could not deny her that part of life.

But I got it wrong. When I asked John about it later, he said he was the one who wanted another child. Lizzy didn’t mind doing without, but he wanted a chance to do a better job than he had before.

I had been through this so many times. It was not Fred’s fault. I had married him despite his declaration that he did not want to have children with me, that the three he had with his first wife were all he ever wanted. I had decided it was better to have him without children than to marry someone else I loved less or, more likely, to remain alone. Besides, had I not always placed my career above everything, thinking that someday I would get around to kids, but not today, tomorrow, next week . . .?

Suddenly the toe-tapping music grew tiresome. I needed to do the laundry, start dinner, make some phone calls. I kept glancing at John and Lizzy, unable to stop staring at Lizzy’s belly.

I had thought I was past this, beyond this agonizing over not having children. As I gathered my things, waved goodbye to my friends, and started the long walk to my car, I asked myself “Will it never end?”

Sue Fagalde Lick has been married twice to men who did not give her babies. She blogs on the subject atwww.childlessbymarriage.blogspot.com.