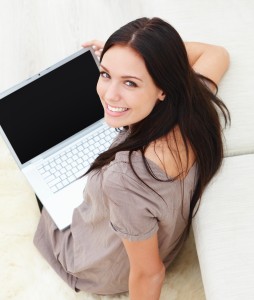 Sadly, I have no guest post this week. But you can change that!!

If you’d like to share your story, please take a look at the writer’s guidelines for ideas and suggestions. If you’re concerned about privacy, you’re very welcome to writer under a pseudonym. And if you have a blog or website of your own to share, I’m more than happy to toot your horn.

I looking forward to hearing what you have to say.

I just got back from the San Francisco Writer’s Conference (hence the silence here for the past few days.) It proved to be an enlightening experience in so many ways, as well as in ways I hadn’t anticipated.

I went with the intention of pitching an idea for a new book and generating interest. That happened, but not in the way I’d expected. I had hoped to spark interest with agents and was looking for a champion to take on the book. I got a lukewarm response, at best. However, I found my spark and excitement elsewhere…in potential readers, which turned out to be far for exciting and valuable.

I spent much of the weekend telling strangers that I am childfree-not-by-choice, which is a little odd in of itself, but I ended up meeting and talking to an incredible community of women, some mothers, and many not, but most of whom understood me, my situation, and my message.

Why am I telling you this? Because the experience solidified something that I already knew. In the broad scope of our society, and particularly in the media and commerce, those of us who don’t have children are hugely misunderstood. People make assumptions about our reasons and motivations, not to mention our personalities. And even though 1-in-5 women will not become mothers, we are still a marginalized and overlooked corner of the market.

However, my one-on-one interactions with other women gave me encouragement. Almost every woman I talked too was in some way supportive. I spoke to many women who were also childfree and they all had different reasons and different paths. But I also talked to mothers (including a mother of four and a mother of six) who were just as supportive of my project, and of me.

Ultimately, I left the conference encouraged, not necessarily by the future of the publishing industry, but by the power of community and the wonderful things that can happen when women stand together, no matter the paths that brought them together.